Saturday saw the annual South East Bus Festival take place at the Kent Showground, Detling, and for the first time in 5 years I made it down there.

Tim and I had always planned to go, but were given a real bonus when I was contacted on Friday by Ross Newman of Ensignbus, who told me my beloved MD60 was going to attend and would we like to go to the event on it. That seemed a good idea, so by 8am on Saturday I had the pleasure of giving Tim his first Ensign experience, which was typified by a burly fitter approaching us, breaking into a big grin, and making sure we had seen everything there was to see. That's what I love about the place. I know operators who make me take down anything to do with them, or depots where you may as well be met with a shotgun. I'm really happy Tim now knows I don't exaggerate about Ensign and their friendliness. Anyhow, our chariot was already in prime position, and soon Paul Almeroth, the Scania's Head Keeper arrived and did all the preliminary checks, and it was time to go.

In recent months I have been on MD60 on the Ensign Running Day, a couple of weeks ago in service in East London during the DLR strike, and now on a longer motorway run. Same buzz, same astonishing acceleration and ride for a 43yo bus, and the same regret there aren't more of them in preservation. Long may MD60 survive - it's like looking at the last Dodo knowing there will be no more after this one.

We arrived at Maidstone in good weather for a change, and a showground already full of buses and visitors. As we pulled up the one other bus I was hoping would attend honed into view and my day was already complete. Former Maidstone & District dual purpose Leyland Leopard 2816, OKO 816G is another vehicle that holds personal memories for me, one journey in August 1983 in particular. Now owned by Seaford & District it is wonderful to see her looking so good. I tweeted that I needed Elaine Paige belting out "Memories" whenever I see her. I really do! Will anyone ever go as gooey over an E200MMC? Somehow I doubt it!

Another ex Maidstone & District bus in attendance was Leyland National 3566 VKE 566S, which is now in private ownership and undergoing a restoration project. Currently in Hastings & District livery it may revert to its original NBC green. It was good to meet Carl Underwood, who owns the National, who informed me that it currently has a Volvo B10M engine. That must sound different!

Reading Buses were there, not with their Greenline liveried E400, which is currently awaiting a new engine, but their ex National Express Scania Levante coach. It was good to see Dan again, who was one of my co barrackers on Reading's Top Gear Challenge E400.

It's not just buses at this event - there are exhibition halls full of vintage cars, bikes, trucks, tractors, fire engines, army trucks and just about anything you can think of. Not only that but hundreds of stalls, so while Tim amused himself browsing the stalls I attended a lecture given by the legend that is Ray Stenning. Who I hear you ask? Well you may not know Ray Stenning by sight - and believe me if you did know him you'd know as he's pretty recognisable - but you will know his work. Ray, with his Creating Desire Team, designs liveries. To name a few you can see his work on every Reading Buses bus, Coasthopper in Norfolk, he was the brains behind the First Multi-coloured front scheme, and Transdev's 36 in Yorkshire. He also designed the livery for East Midland Trains HST's, The VTEC liivery and SWT's livery among others. So I wanted to hear what he had to say, and very interesting it was too, especially when I learned he grew up in Maidstone & District land too.

A pleasure to meet you, Ray, and keep up your campaign to rid windows of unnecessary vinyl.

It was also good to meet up with my old friend (older than me by 8 months and always will be) Matthew Arnold of Stagecoach Southeast, and also Kelvin Pinnock, owner of  stunning Volvo Ailsa 5385. Actually the green machine wasn't the only Ailsa in attendance, as former London Transport Ailsa V3 was also present.

If you remember back to my Ensign post in November you will hopefully remember a bus I featured from Jersey undergoing restoration. Commandeered by the Nazis it is the last petrol engined double decker built in the UK. Well I'm delighted to say the restoration is complete and she's back on the road.

It was a really good day, meeting lots of people I knew, and some for the first time. My thanks to Ross and Paul for allowing us to use M60 as a taxi, and Tim for his company. There could be more from Ensign at the end of the week, but I'll leave you with more pictures from the day. 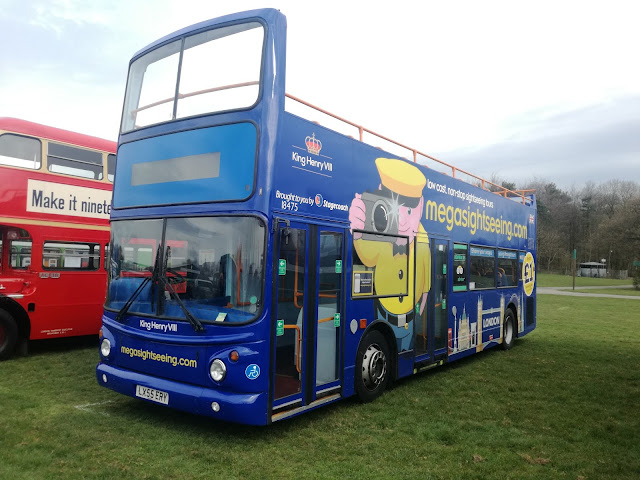 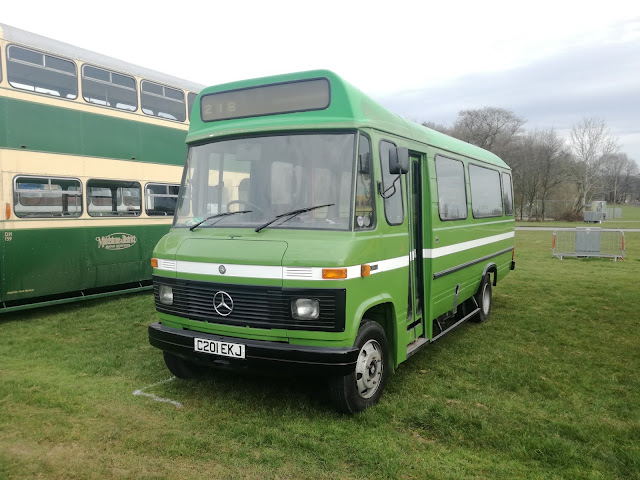 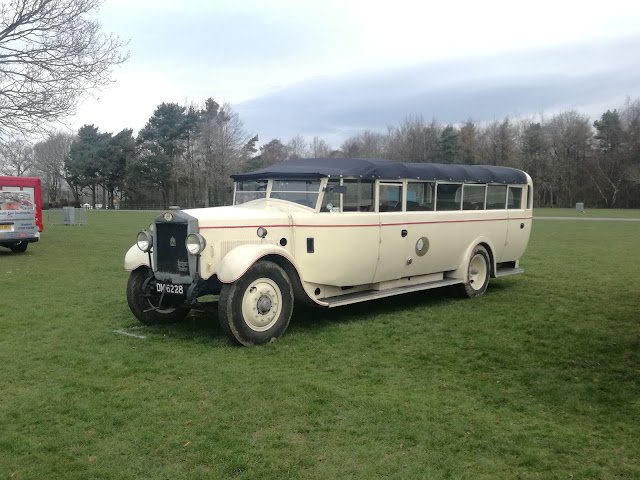 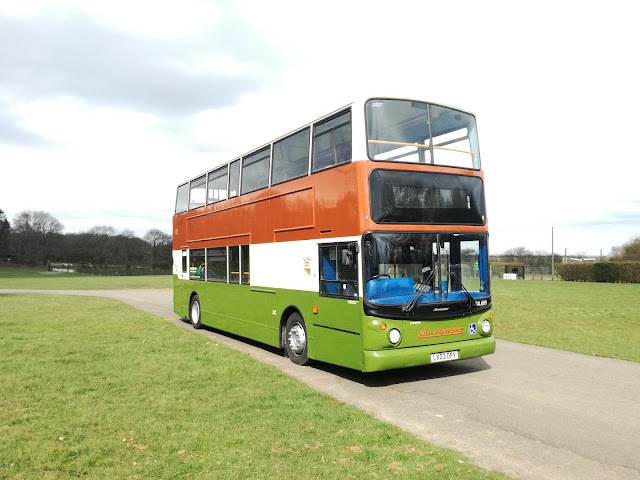 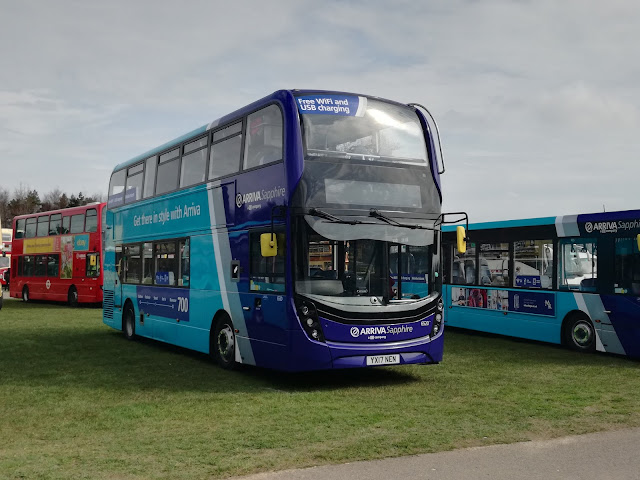 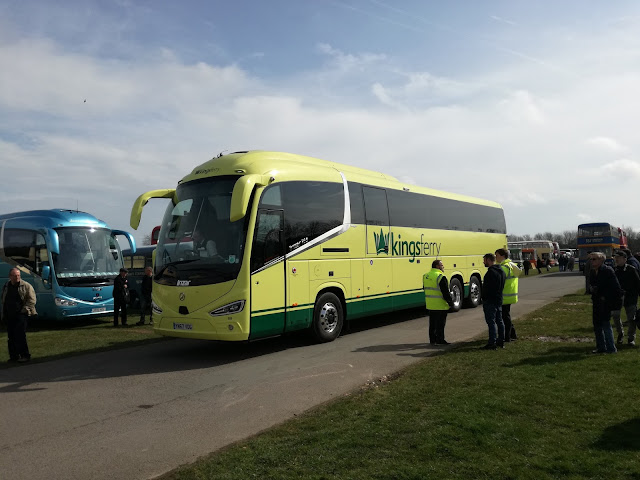 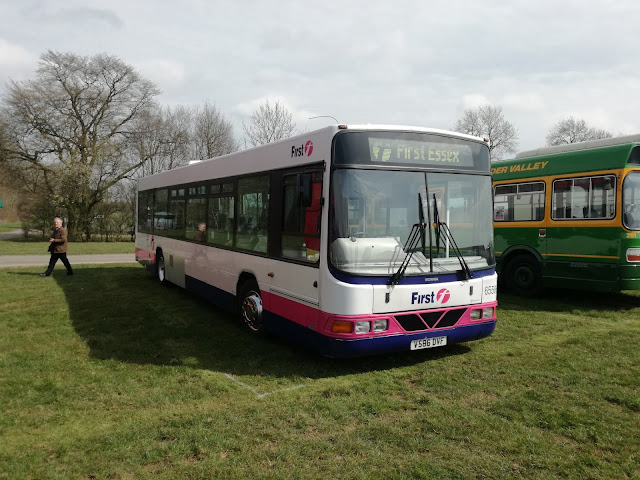 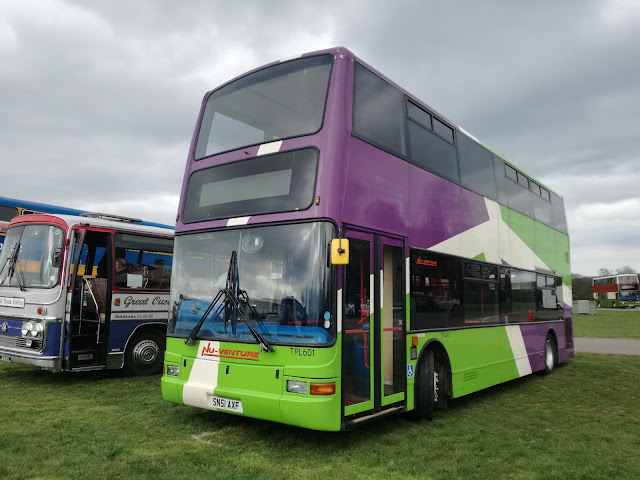