All steam enthusiasts cover your eyes. I think of steam trains in the same way I do Victorian dresses or gas lamps. I have never seen them in action in normal life therefore I can't really relate to them. It's important they are preserved so future generations can learn about them but not really a bag I'm into.

Not many steam trains will get me out of bed early that's for sure, but the Duchess of Sutherland is one of them. I had seen she was due to haul a railtour from Norwich to York on Thursday, and combined with the possibility of a test train in the afternoon I decided to make a day of it. I've also got some pics from other esteemed gentlemen. This will be good.

Except the Duchess never made it. Thanks to some killjoy pen pusher at Network Rail she wasn't allowed East of Peterborough due to "gauging issues"and so the Norwich - Peterborough section was hauled by a West Coast Rail Class 47.  Initially I wanted to video the train at Wymondham but slow traffic put pay to that. So I abandoned the car just West of Trowse, and got my own back on the traffic by standing on a narrow bridge making everyone slow down as I stood waiting for the railtour to appear. A couple of minutes later and 47760 honed into view. I will post a still and full video for every train I targeted on the day.


That gave me 15 minutes to find a good location to see the other hauled set, the 68's. I found a bridge on a country lane between Brundall and Lingwood and got ready. Very soon the set appeared with 68005 leading the Mk II's, with 68025 on the rear. Not sure why everything seemed so blurry on this one, but the video is better than the still, even if the still gives a good impression of the motion of the train.


Now the sharp eyed among you will have noticed something about the Class 37 set. It has shrunk to two coaches to become the "Shorter Set". This became gloriously evident at my next location. I've wanted to get a video of the set running parallel to the Acle Straight on the A47 ever since it started running with 47's, and I finally got my chance. Having the traffic roar past me less than a yard away was an experience but I got the video I wanted. This time 37405 is leading.


So what happened to the third coach? Luckily fellow blogger and DJ fantastique Grahame Bessey was hard at work watching Railcam on Wednesday and spotted this rather extraordinary convoy heading from Norwich to Derby passing the Peterborough cam.

Absolutely no idea what the coach was doing in the convoy but assume something not working on it.

So far so good and it was time for a change of mode (but still diesel). After a quick shopping trip to Yarmouth I drove back to Thorpe St Andrew and caught the bus into Norwich. I will gloss over the hideousness of the Wright Streetlite I travelled in on because I needed to see something in the flesh. I had been told the newly painted Red Line buses in Norwich looked good and my word don't they just. Even the unavoidable dirt on the buses (you should see the car at the moment) failed to mask how good this red looks.

That took me to lunch, and a good first half of the day it was. In Part two I travel on the Red Line, then spend the rest of the day chasing a test train, with a spectacular fail at Darsham and some quite brilliant pictures by Tim of a face off between old and young at Yarmouth.

Now some self indulgence. Some kind soul has nominated the blog for an Award at the 2017 UK Blog Awards and I'm humbly appealing for your votes. To do so you need to click on the link at the end of the paragraph. You will need to give your email address but I stress I will not see who has voted. The sole reason email addresses are required is to stop multiple voting from the same address, so all you Anons rest assured you will remain so. It would be nice to promote the problems facing rural transport on a national stage. To cast your vote please click here., and I thank you in advance. Voting closes on Monday 19th December at 10am. 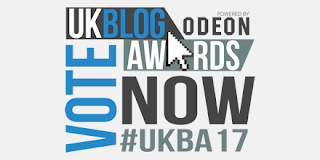