All good things come to an end, and over the course of this weekend a lot of good things came to an end. Signals, signal boxes and manual crossing gates that have served the Wherry Lines between Norwich and Lowestoft/Great Yarmouth since the 1880's are being decommissioned and replaced by aspect signals and automatic barriers controlled from Colchester. I was out on the last day of service for the boxes and signals on the Great Yarmouth Branch, and 2 days before the end of the Lowestoft branch.

I started in Great Yarmouth, where there are many photos of glory days there, with numerous excursions and charter trains bringing thousands to the Norfolk coast. Friday, a mere shadow of its former self, the last day for the Semaphores and signal box had arrived.

Next it was onto Acle, where I discovered the signal box is being taken over by the team who care for the station, so it is staying put and will hopefully become a visitor attraction on the line. The staff had made their own simple, but poignant tribute.

Unfortunately the old crossing gates at Lingwood had already been removed, so I continued to Brundall, where the Yarmouth and Lowestoft lines converge, or split depending which way you're travelling! Of all the intermediate stations, Brundall has the lot - double track, split platforms, nice footbridge, Semaphores and old manual crossing gates. This would be the last day for Yarmouth services, with Lowestoft services finishing two days later. I took my time at Brundall, enjoying sights I'll never see again. 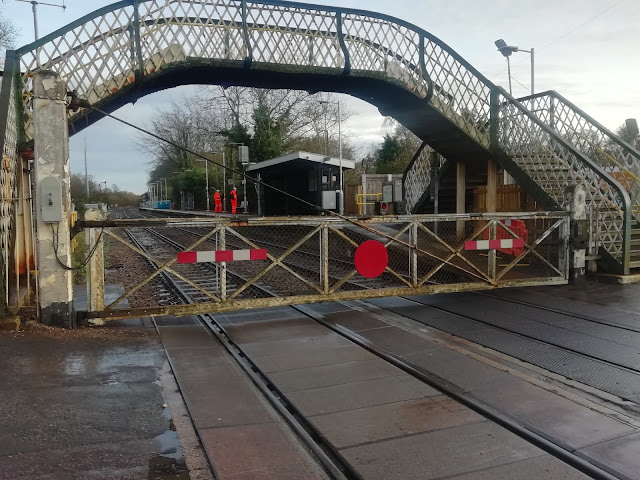 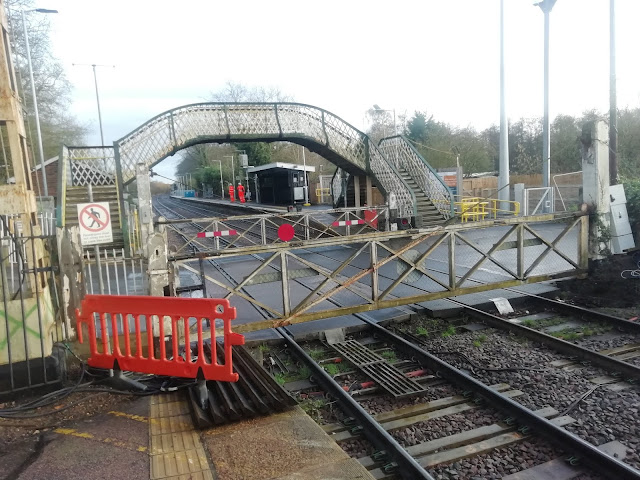 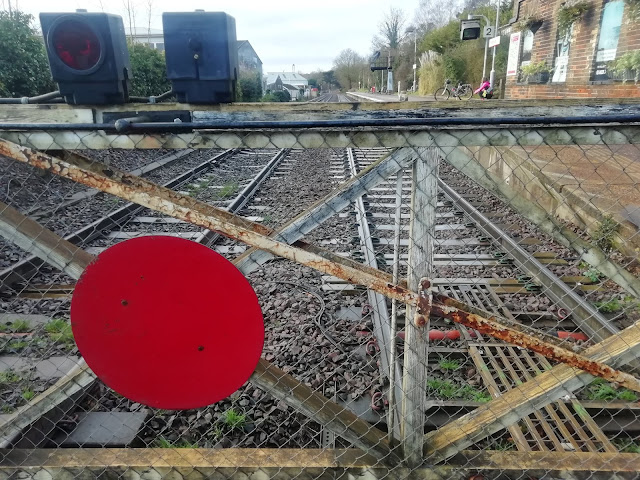 In 3 weeks all the new signals, barriers and new track will be operational, and the Berney Arms branch is due to be reopened - Berney Arms being the only GA station on the diesel network yet to be served by a Stadler. The stations will retain their charm, but it won't be the same.

Today, Monday, saw the final Class 156 Sprinter to leave GA and head for pastures new at East Midlands Railway. I was at Thetford to see 156417 pass through, handily hampered by one of its new classmates!

With the notable exception of 745010, who really disgraced itself last week by failing at Forest Gate and stubbornly refusing to move, the Stadlers finally appear to be settling down, indeed I'm writing this post on 010 and all is well so far. The 3 week closure of the Wherry Lines gives a welcome restbite to sort out the remaining niggles, and today I have noticed no cancellations or delays caused by Stadler faults.

If this happy state of affairs continues for the rest of the week I'll finally be able to post my reports of the debuts of the bi-modes on the routes I haven't covered yet, not to mention the last 156 journeys on the East Suffolk Line and Marks Tey - Sudbury branch.

Make no mistake, these are gloriously good trains to travel on, and I remain convinced once bedded in will be the envy of the country, and despite the unfortunate issues GA should be proud of themselves for going against the DfT grain, and investing in trains that have passengers smiling as they board them. I can't please everyone with this blog, so GA were never going to please absolutely everyone with the Stadlers. But they've won over the huge majority I've witnessed. Hopefully much more to come on them.

To finish with here's the video a lot of the above pics were taken from, showing the Semaphores at Great Yarmouth, Acle and Brundall, plus 156417 passing rather shakily through Thetford.