A week after retiring from public service in East Anglia the Class 68 locos took their final bow on Saturday when they hauled a special excursion from Norwich to Ely and Liverpool St to raise money for East Anglia Children's Hospice. Tim was on board - of course - and sent in this report and pics.


The EACH Express 2 Tour

After last weeks allegedly insane day out with the Class 68's I had opted to spend another whole day with these machines. This time it was for a really good cause in the form of a Rail Tour organised by Greater Anglia and ably supported by Direct Rail Services. The charity in question was East Anglia's Children's Hospices and the money raised  going towards a new place for the children called The Nook.
I began the day at Lowestoft boarding a Class 153 to Norwich, where around 09.55 our transport for the day arrived. We were being treated to the pioneer of the class 68001 with the newest one 68034 and 8 yes 8 Mk3 coaches which is (nearly) a full Intercity rake including a DVT ! 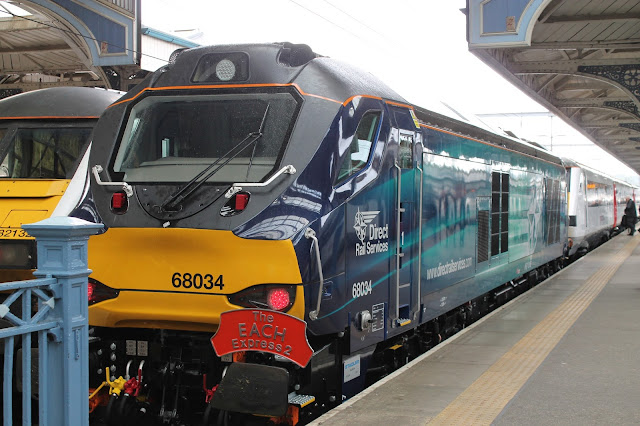 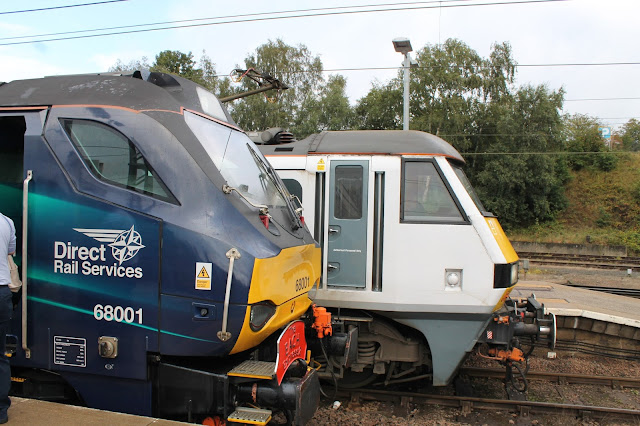 The first leg took us to Ely albeit at a not too fast speed and I did see that all along the route there were pictures being taken even at Shippea Hill !  There we had about half an hour to get some snaps before we returned into a medium monsoon, which set the tone for the rest of the day weather wise, sun,rain,sun,rain! 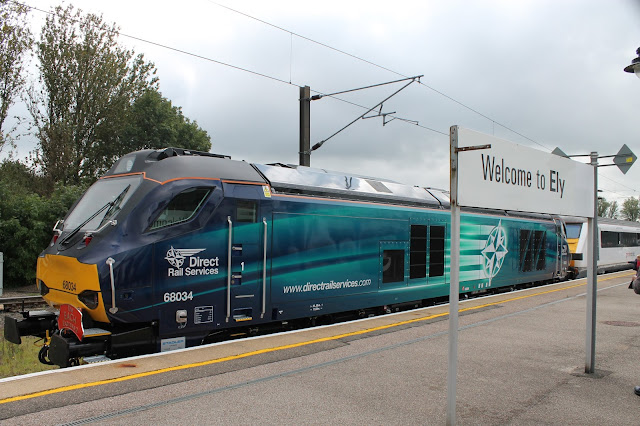 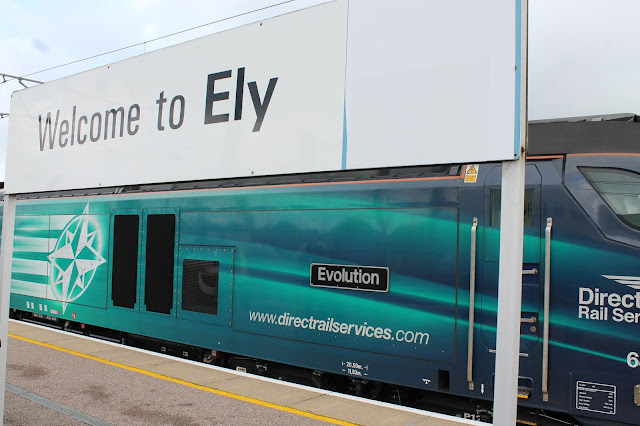 Back at Norwich it was another quick scramble for snaps and food this time before we rumbled slowly out of the station until they opened up the big Cats and then you realise what power there is.
As with last years tour that used Class 37's we caused a bit of a stir as we raced through various stations with people wondering what all the cameras were for and why didn't that train stop ? As we got to Liverpool St again heads turned and I was asked a couple of time "is that a special train" 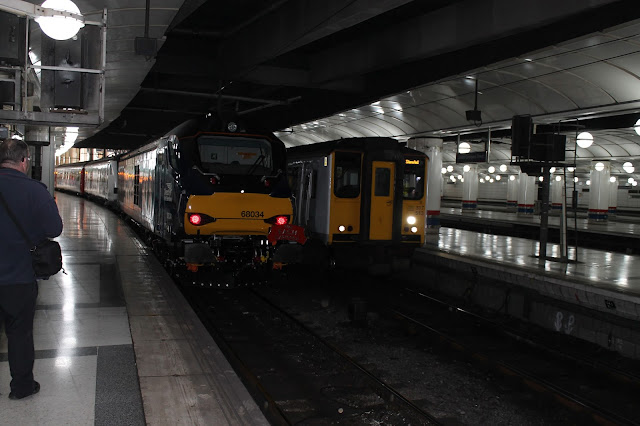 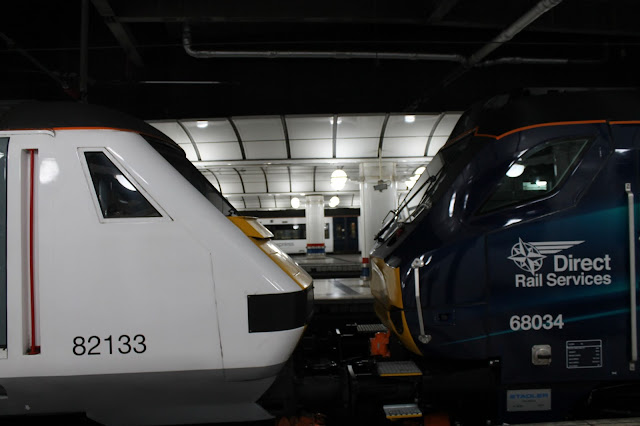 A quick look around was all we had time for because at 16.24 we set off and the DRS crew were hoping as they had done the maths to do "Norwich in 90" but alas a crawl at Stratford and slowing for Ipswich tunnel put paid to that, but it still was a non stop run achieved in 105 minutes which I think they were proud of. All the way back you could hear the power being laid down and it was smooth too. There was a raffle for one of the headboards, a trip round Crown Point Depot and 2 First Class tickets....but your correspondent won the same as usual lol.
Arriving back in Norwich we congratulated the crew and learned that the day had raised about £12,500 for the charity which was a nice end to a long day. 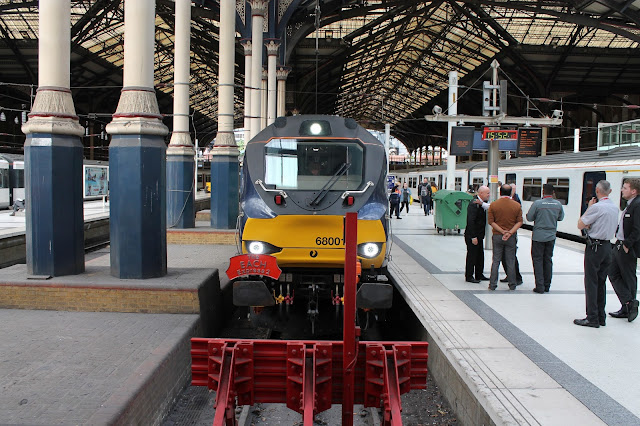 Cheers, Tim, and don't think this is the end of your reporting career! Glad it all went well and a decent amount was raised.
Posted by Steve W at 21:35