Flirt on Test & Tractors on Tour

For the last couple of weeks my sleeping patterns have been totally unpredictable, so after another sleepless night beckoned last week I decided to make the most of it and ventured to Diss to get my first close up look at one of Greater Anglia's new Stadler Class 755 Flirts, which was on overnight testing.

First impressions are good. 755407 was sat in the Up platform, the four V8 engines rumbling away in their centre location.

I was also able to see the electric gear for the first time, which will enable the units to switch modes when through journeys from Lowestoft and Peterborough to London are reintroduced next year. Until then the only electrified stretch of line they will operate on will be Ely - Cambridge. 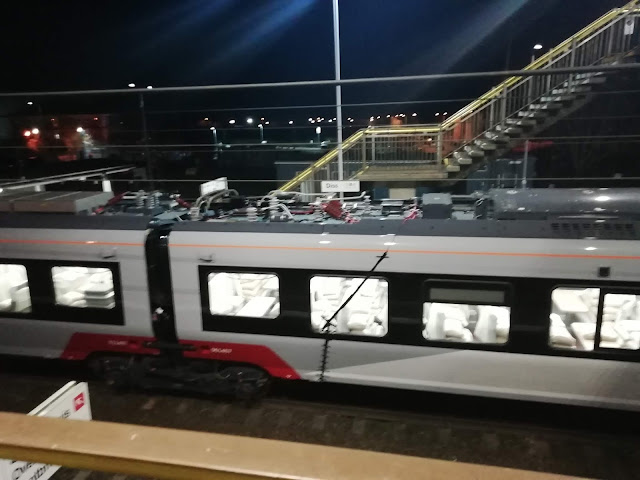 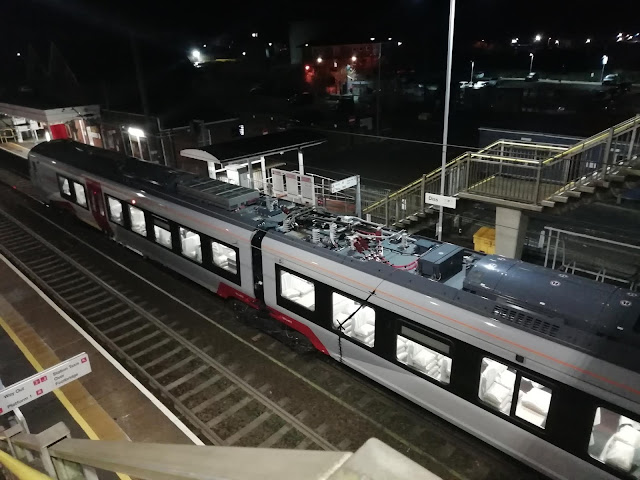 So that's the exterior but what about the all important interior? Not too much was revealed. The train is loaded with hundreds of bags of aggregate to simulate passengers as well of miles of cables for the testing equipment. 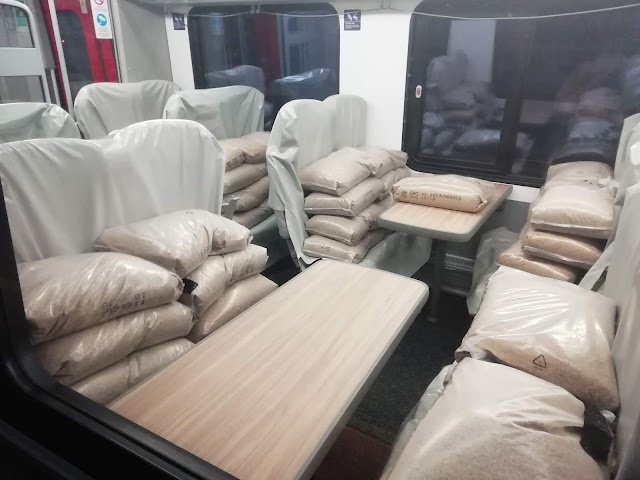 However the testing crew have to sit somewhere and I managed to find a seat - no 1st class on these trains - uncovered. It looks better than other recent new seats but obviously sitting will be believing. However, here is the seat, which we are able to compare with the infamous ironing board seats on the Thameslink Class 700's


I have to say the Flirt seat looks far more inviting, but to be acceptable it has to be an improvement on the seats it is replacing, ie the seats on the 156's and 170's. Anything else, better than Thameslink or not, cannot be viewed as progress. I cannot express just how much I want to sit in that seat, breathe a huge sigh of relief, and go "yyeeessss"!!

I waited for 407 to pull out of Diss, hoping to hear the V8's to determine clag levels, but a surprise was in store. The engines were stopped, the pantograph raised, and the Flirt left in electric mode. It sounds smooth. One thing that will take getting used to will be the sound the bogies make going over joints in the track. Not only do coaches share bogies, but with the engine coach being much shorter it means the sound is unusually syncopated. Anyhow, here is the video. The Flirts are scheduled to enter service mid Summer.


That will mean the end of not just the 153/155/170's currently plying their trade in our area, but also arguably the most popular passenger train in regular service in the country - the Class 37 hauled Short Set running between Norwich and Great Yarmouth/Lowestoft. It's easy to take these brilliant machines for granted and forget that nowhere else in the country can you see and ride them on the mainline now the Cumbrian sets have been withdrawn.

This point was brought home on Saturday when Tim and I ventured South to follow a Pathfinder Tour train around Kent and Surrey.  Large logos 37409, a regular in Anglia, and 37402, which was a regular in Cumbria but has never been to Norwich, were the clagmeisters on duty, hauling 7 maroon and cream coaches on a tour that started in Paddington and embarked on a tour taking in Medway, Isle of Sheppey, Margate, Canterbury, Ashford, Hastings, Redhill and Caterham, a branch that I can't  recall seeing a loco hauled train in recent history. We caught up with it in 5 locations - Rochester Station, Sheerness approach, the wonderful Kingsferry Bridge by Swale Station, which I believe to be Kent's least used station, Redhill and Whyteleaf South on the Caterham branch.

Kudos to the drivers for acknowledging the numerous enthusiasts who were out in their droves - except Redhill, strangely enough, when the tones were solely for us!

In between I took Tim to the HS1 viewing point by the Medway Viaduct, and after firstly not bothering with any camera work, as I've been there a few times, decided to video the last Eurostar to roar by, just to test the camera. This still is of a train doing 186mph! 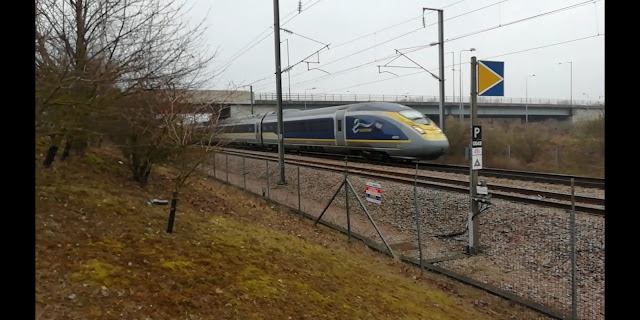 To prove that I have included it in the video of the day. Thanks to Tim for his excellent company, as usual. On the way back I joked it would be good if 402 and 409 went straight to Norwich as back up for the Short Set. Tim messaged me today to tell me that, indeed, they have done just that! We really are spoiled right now, and it's going to seem very empty once they've gone, regardless of how good the Flirts might be.