A conscientious reporter should be able to report in a professional, calm, neutral manner, sticking to the facts without letting personal opinions or bias getting in the way. Well stuff that, the day I had at Ensign's Running Day was too spectacularly good to remain calm or neutral, and you may get the impression I rather liked it. If I can convey a fraction of my enjoyment in these posts then it will be job done.

Not only had I been given a complimentary day ticket, but I had also been invited to Ensign's Purfleet base to watch the many buses being prepared. So on a grey, damp morning at 0730 I arrived and could immediately sense the anticipation and excitement. Staff still doing last minute cleaning, and buses being started up, producing fumes that would have the Green Party literally choking on their cornflakes, but that in itself evoking memories of the days when no two buses were alike, all having their own unique characters.

Without exception everyone I met grinned and said hello. This included a chap in a snood and faded Ensign jacket, holding a clipboard who was here, there and everywhere. I assumed he was a depot foreman or the like, but no. This was the man behind the event, Steve Newman, Company Director! This event is Steve's baby, he has strict rules as to how young vehicles can be (not very young) what bus goes on which route and so on. Which brings us to the routes. This is not a running event where the route comprises of a trip round the block, or tour of the town's traffic lights. The buses aren't stuck in a field round the back of an attraction you've already done. The routes are long, interlinked, and accessible., from Ongar in the North to Gravesend in the South, via the Dartford Crossing, and serving both the major shopping centres of Lakeside and Bluewater. An all day ticket cost £10.

This year the X81 was extended to Tilbury Ferry for the first time, allowing passengers to cross the Thames on the ferry to connect with the X55 at Gravesend. I know many took that opportunity, but I had a list of buses I wanted to travel on, and they were all on the X55. However, I did take advantage of being at the yard to take as many pictures of participating vehicles as I could, as I knew there would be many, many others taking pics at the various locations. So here is a selection. 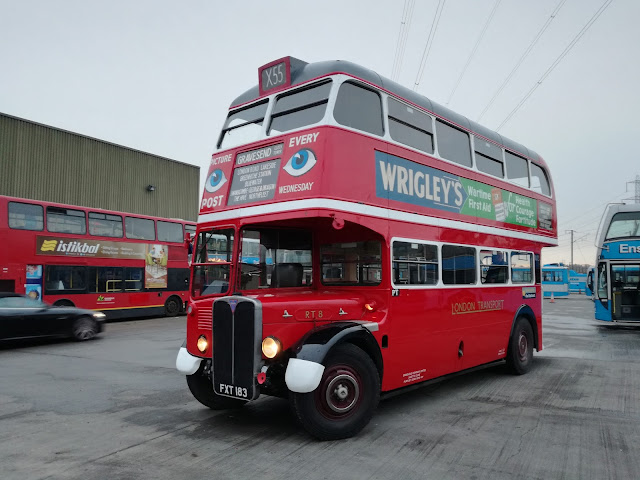 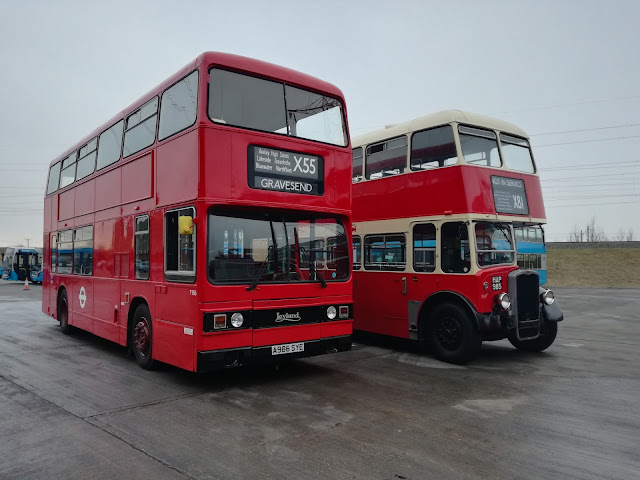 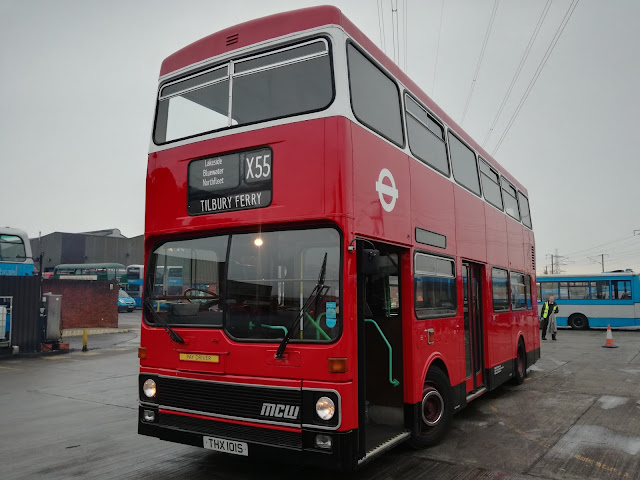 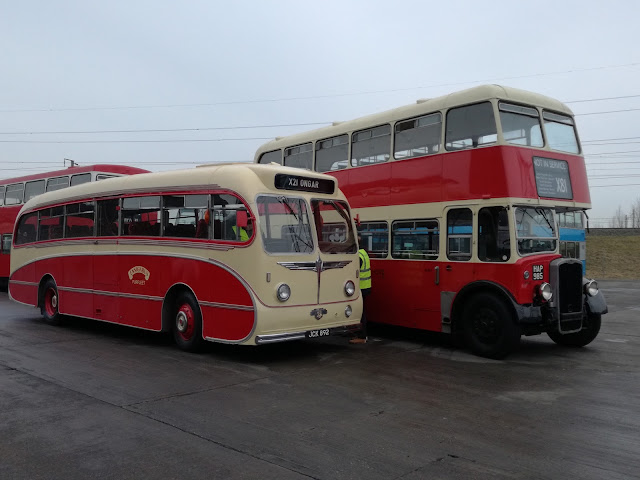 I had been told I could travel from the yard on whichever vehicle I wanted. As it was a designated spare I chose M1, the Metrobus. I'm pretty sure I haven't travelled on a Metrobus since I last drove one in 1994, so to not only get a ride but help carry out the checks was a rare treat. A solid vehicle but with a surging throttle and very eager brakes they do demand a certain amount of skill to drive without sending passengers everywhere! I will say at this point only one type of vehicle I travelled on rattled, and I will point that out later. So you can assume no other vehicle I travelled on rattled in any way, shape or form.

The main reason I attended was that the Metropolitan Scania was coming out to play, and I arrived at Lakeside some 2 hours early. So after an unsuccessful attempt to buy a battery pack to charge my phone up in Lakeside, an issue that will be revisited later, I joined the merry throng at Lakeside bus station who were taking pics of anything that moved, and there was a lot to choose from. Here is another selection. 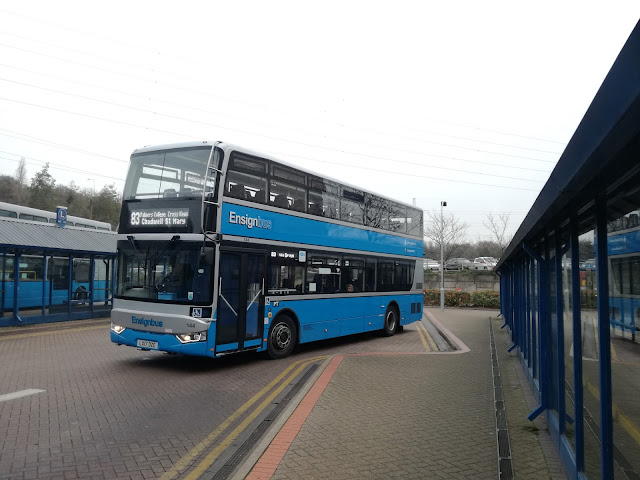 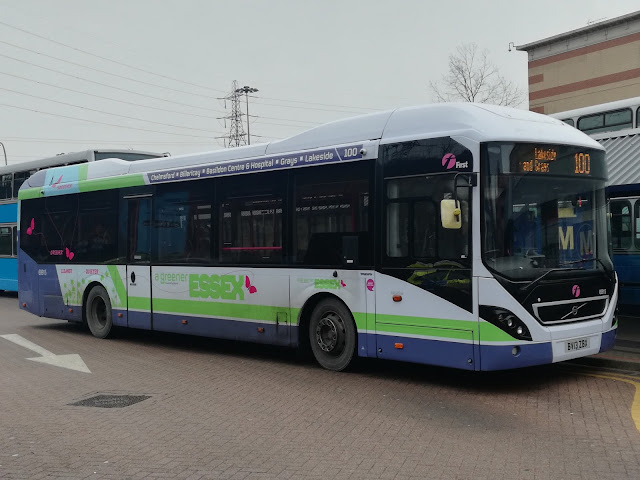 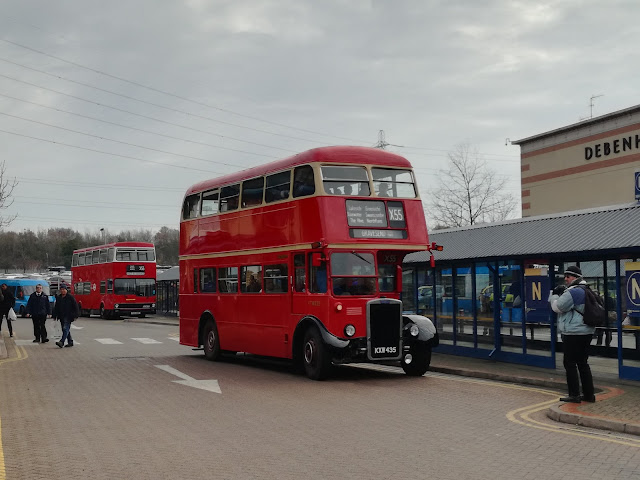 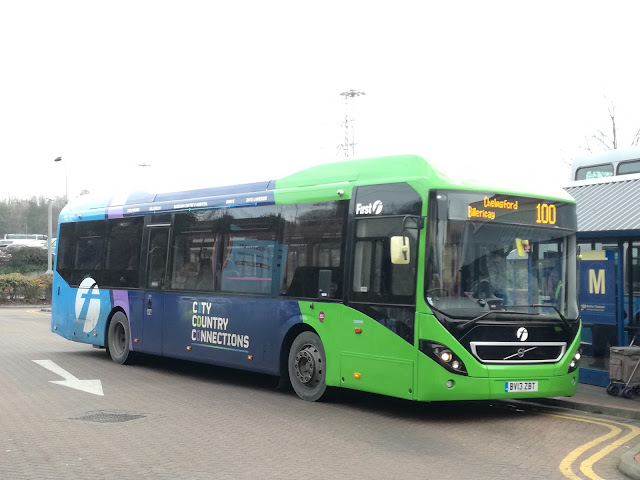 There were also some visiting vehicles, one of which was a very smart East Kent AEC Regent. I have strong memories of the Regents in service, from watching them pass St Mary's Bay beach on a family seaside trip, to riding one along Margate seafront in their last days. I was dared to publish a pic of it so Matt, just for you!

There were several more, who will appear in a video at the end of the second post. But then my whole reason for being there arrived, and for the first time in over 30 years I saw a Metropolitan Scania in motion. I overheard a chap saying there are only 3 examples left. One at Scania in Stockholm, one at Leicester and this one, MD60. If anyone knows different and there are others then let me know! I don't apologise for going a bit overboard with the pics as this is such a rare sight. 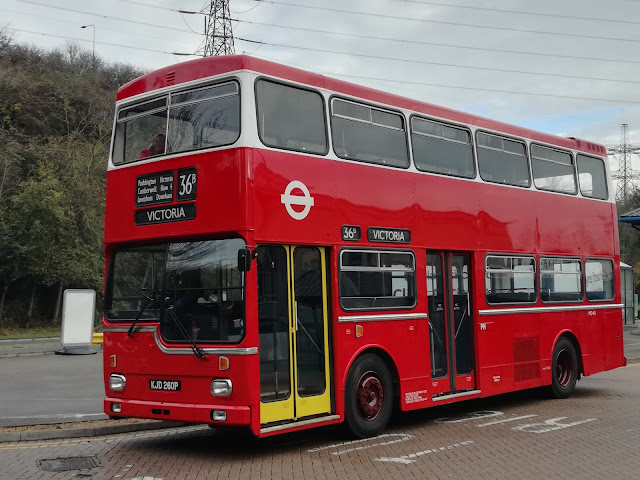 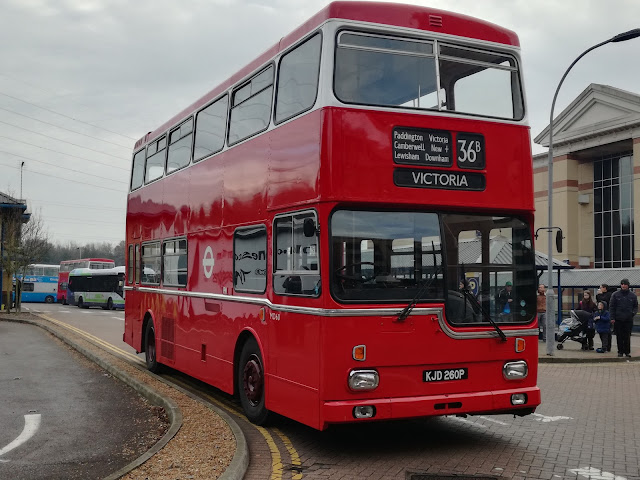 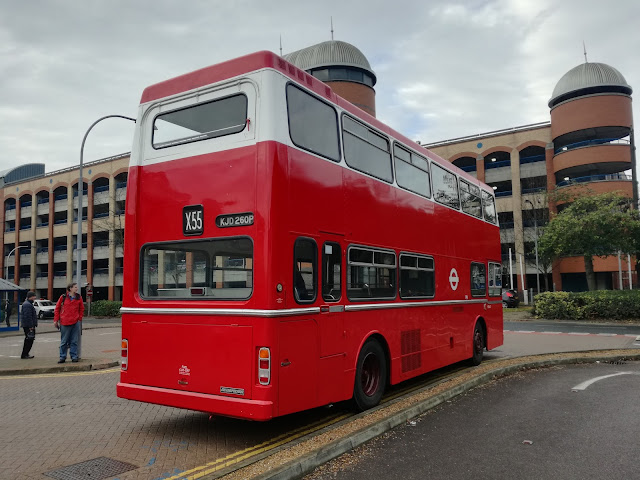 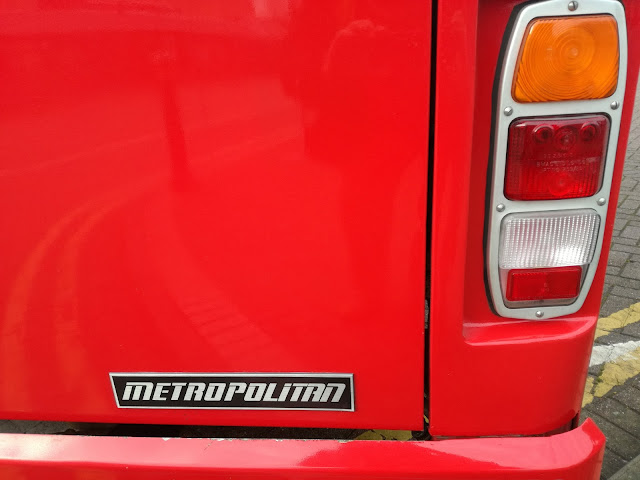 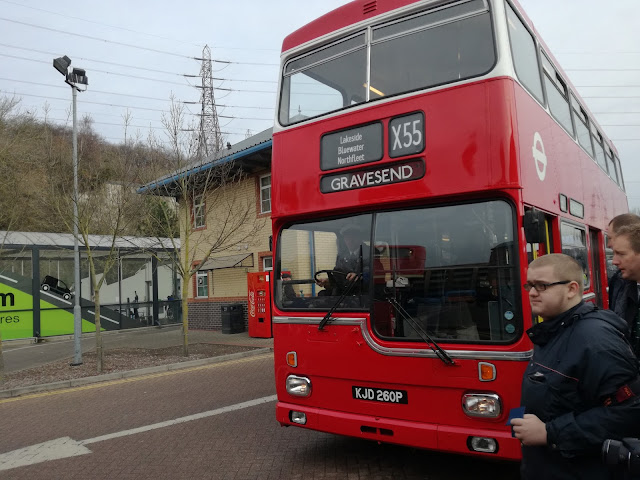 I have said before if I could ride one bus again it would be one of these, and now I was. Rather luckily another X55 left just in front and so I was able to bag one of the coveted front seats upstairs. I was slightly nervous as I have such fond memories of these futuristic buses - remember this was built in 1976. Would the ride be as smooth as I remember, would the acceleration be as good, would the engine have that Scania gurgle? Well I needn't have worried. The ride was as I remembered, far, far superior to the huge majority of modern buses. The acceleration would match anything modern so you can imagine how it compared to everything else in 1976, the engine was quiet on inside but roared on outside and I fell in love with it all over again. Just a shame the bodies were awful and prone to rust - told you it was futuristic - now bodies are just awful! Ok, deep breath, and a sentence I never thought I'd write: I travelled over the QE2 Bridge on the top deck of a Metroplolitan Scania! What's more I have the picture to prove it! 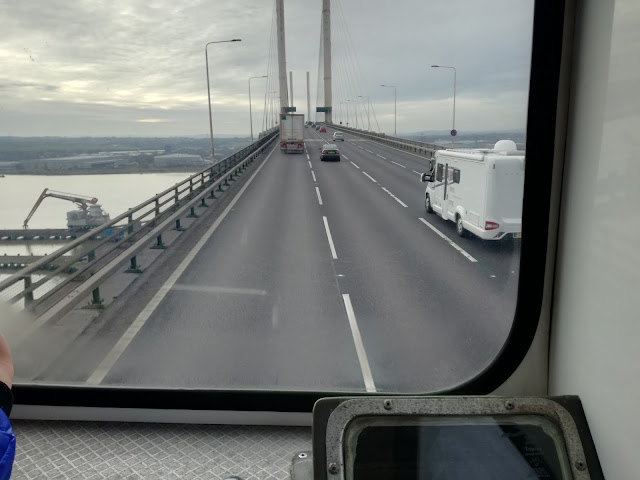 After going through Bluewater shopping centre where I spotted the seed that planned my afternoon, and a good natter to some other passengers, including a couple from Ipswich - can't get away from them - we arrived in Gravesend. I'm pretty sure none of the Maidstone & District Metropolitian Scanias ever made it to Gravesend, as Gillingham depot operated the Medway - Gravesend routes while the Scanias were based at Chatham's Luton depot, so MD60 could be the only Metropolitian to ever grace the town, not that yesterday was its first time of course..

After finding a power pack to charge my phone from only to discover it had no pre loaded charge, if I was to get any evening pics a change of plan was needed. After lunch in Gravesend (incidentally on the night of the 1987 great storm I drove the last bus from Gravesend to Chatham) I took a quick break from buses to snap a Class 395 Javelin at Gravesend Station, then hopped on a Greenline liveried RT back to Bluewater. A lovely ride, made all the better by Clippie Hannah, whose love of what she was doing was so evident. It was then I decided if RT's had a little more power and a wheelchair bay they would have extreme potential!

It was now early afternoon, and I had a date with a DMS to keep, but first I simply had to get charge into my phone, which meant leaving the past and reluctantly returning to the present for a bit. In Part Two join me for the worst bus of the day, I meet a legend, a hunt for a secretive isolation switch, a ride through the Dartford Tunnel like no other, I meet an even bigger legend, and the hospitality and friendliness of Ensign is typified at the end of the day. You think I'm having fun here??