I was in Norwich today hoping to get a few decent pics - for example I saw an ex Anglian Versa on the X6, but unfortunately most of the time I had there was taken up waiting for the East of England Ambulace service to attend to a girl with acute abdominal pains who I called an ambulance for - 56 mins and they confirmed it was treated as an emergency call. Dear God that's awful - not as though Norwich bus Station is in the middle of nowhere!

So no pics tonight, but on the way to Norwich, a driver I know reminded me of a topic we have spoken of before, and I know full well there will be an even split of oooooh good idea and snorts of derision! When I was a driver, and indeed Conductor I had several incidents and sightings that relate to ghosts and the unexplained. Now I know that Yarmouth depot is meant to be haunted by old tram fitters making metallic banging noises at night for example, so I would like as many of you as possible to send in your transport related ghost and supernatural stories for a special around Halloween,. How many parts it turns into depends on the number of stories I receive, Stories to the usual email address please.

To give you a flavour of what I'm after: when I was working for Boro'line in the very lste 80's I was driving a bog standard Optare bodied Leyland Olympian on a very quiet circular route from Eltham via Chislehurst and Sidcup (the 328 for those who need to know). I was driving up a street in Chislehurst when I heard footsteps upstairs. Assuming someone wanted to get off I pulled up at the next stop only to realise I had an empty bus. I put it down to lack of concentration and carried on. An hour later, on my next trip I got to the same place and heard footsteps upstairs, and the sound of someone coming downstairs then losing their footing and clatterting down the stairs. Now anyone knows there is no sound like that so I didn't even bother lookng in the mirror - I just pulled over, opened the doors, and yet again discovered I had an empty bus.

When I got back to the depot I asked to see the vehicle records to see if anyone had ever died on the bus etc but rather annoyingly nothing of note was there. So why I heard all that on that particular night I have no idea. Anyway that's the sort of thing I'm after, so now it's down to you my friends - there's an Anglian driver who loves these kind of things relying on it! 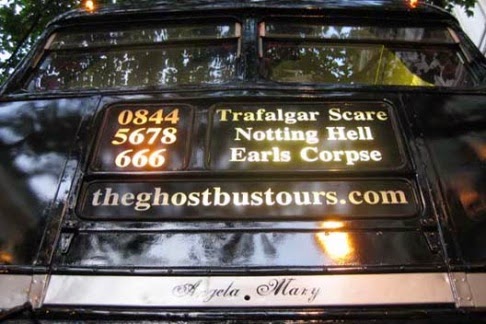