There has been a lot of coverage of the X1 Geminis getting their repaint  and rightly so - what a transformation! But in Ipswich another transformation is taking place with the repaint of the, in my opinion, hideously pink Park & Ride Volvo's into the new First livery. In November Ipswich Buses will take over the Park and Ride contract using a fleet of ex Nottingham Transport Optare Versas. So the current first Fleet is being repainted so they can be integrated into normal service in Ipswich. On Saturday I was attending a wedding in Ipswich and decided to take the P&R for what will probably be the last time before IB take over. 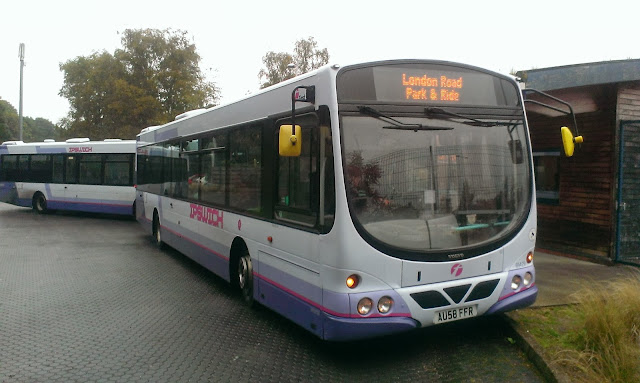 Here is 69429 AU58 FFR waiting at Martlesham in her new colours. Inccidentally behind her is 69433 AU58 FFW who was one of the first to go into regular service after the London Road site was closed a couple of years ago and has been being used on P&R as cover for the vehicles away for repaint. 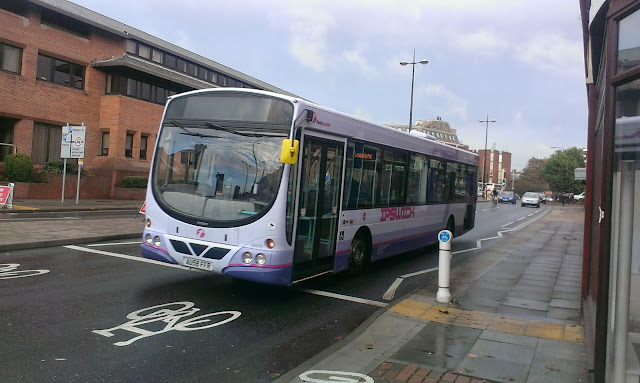 Here she is in Ipswich - quite by chance it was her again -  but I think those colours really suit her. 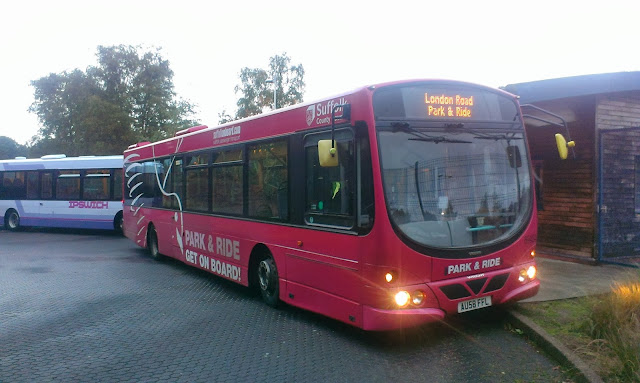 Here is 69424 AU58 FFH still in her garish pink. Personally I won't be sorry to see the end of that! Behind her is 69426 AU58 FFM who was one of the first of the current batch to be repainted. I haven't got a pic of the new Versas yet so if anyone can help I'd be very grateful!
Posted by Steve W at 15:20