Due to eye surgery it wil be difficult to post for a few days so I am immensely grateful to Quintin Plane for offering a couple of posts based on his recent trip to the North Yorkshire Moors Railway and Whitby. Many thanks, Quintin, and if anyone else fancies writing a guest post while I'm recovering please get in touch - I'll be more than grateful. Here is part one of Quintin's report. 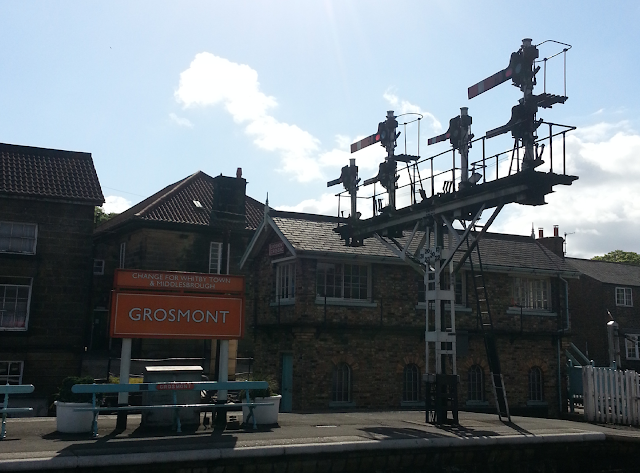 Running from Pickering through to Whitby, the attraction runs a mix of steam and diesel locomotives. With 22 locos in total based with the group, the age range for vehicles is extensive from 1904 through to 1965. The group also has 2 Class 101 DMUs trains (101680 & 101685).

Opting to take the train from the village of Grosmont to the terminus at Whitby, the camera was at the ready for photos. It was The Green Knight BR standard class 4 4-6-0 that arrived into Grosmont, numbered 75029. According to the railway’s website, this loco underwent maintenance over the winter months and made its return earlier this year. 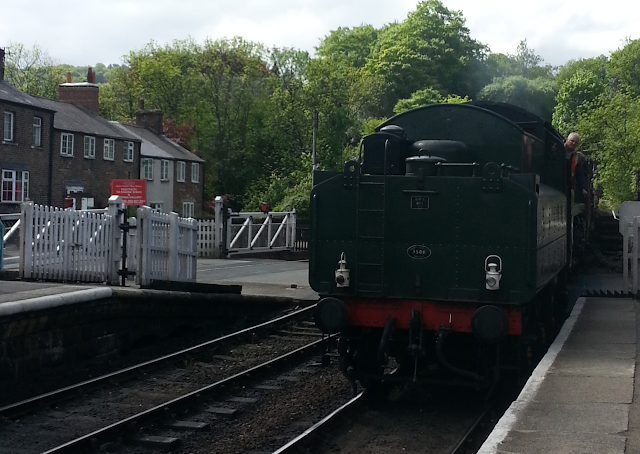 I will admit now that it has been a number of years (we are talking getting on 10 years now) since I last went on a loco hauled train. So don’t expect any comparison between these heritage locos. Immediately boarding the train, I discovered that no seats were available throughout the entire train (made up of 7 carriages) and ultimately I ended up having to stand for the 30 minute journey to the seaside.

I was in for a shock at the other end. Not only had the weather remained clear with the glorious sunshine, but the loco up front had changed too. Before The Green Knight arrived, a Class 25 (25278) trundled past towards Whitby. While looking for a seat, they had obviously switched the locos, hence the 15 minute wait at Grosmont. 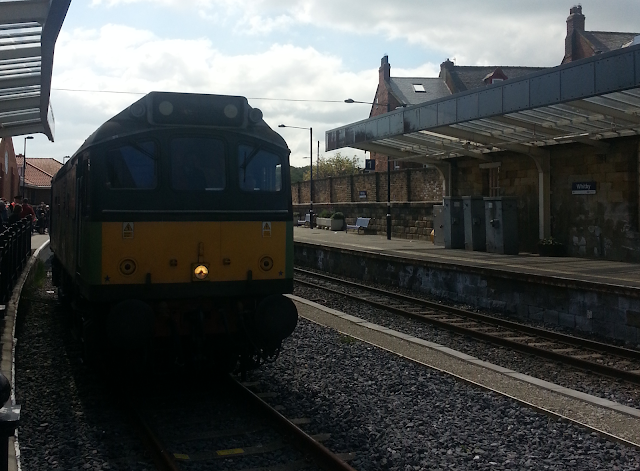 After planning to catch the 1400 Whitby departure back to Grosmont, I had a little less than 3 hours in Whitby. The town threw up a surprise within minutes of stepping off the train. A preserved Bedford SB5 with Duple Super Vega bodywork bus rounded the corner. I had just enough time to catch it on camera fortunately. The bus is part of Coastal and Country Coaches preservation fleet, based in Whitby, and often sees use on special hire or The Heartbeat Tour. The operator also runs the Whitby Town Tour alongside a number of circular routes in the town. Other notable operators include Arriva with their X93 coastal route and the Yorkshire Coastliner (Transdev) route to Whitby. 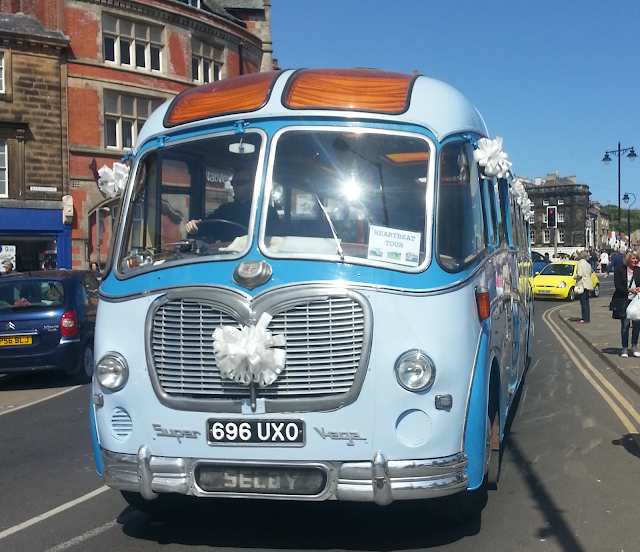 Taking a look around on the East side of town, it was time to test this fish and chip shop. Quayside won the award in January 2014, so I was looking forward to seeing just how amazing this was. Running a takeaway and restaurant, both are situated neatly in a pleasant building opposite Whitby fish market. 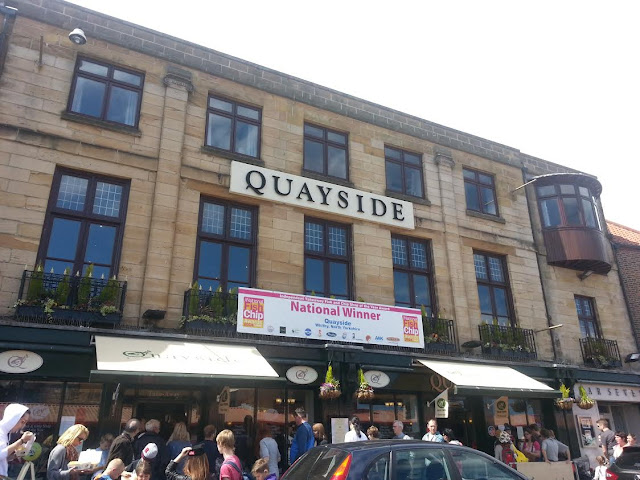 All I am going to say is that the fish and chips, to me, isn’t that special. Perhaps it was down to me choosing the restaurant over traditional newspaper wrapped chips. With the lunch finished, it was time for me to head back to the train station. Whitby rail station is served by NYMR and Northern Rail; however the latter only services the station 4 times a day.

Arriving at the station with 25 minutes left before the train’s departure time, it wasn’t until that time when it rolled into view. Pulling the 7 carriages this time was a visitor and new arrival at NYMR, LNER Class K4 2-6-0 steam loco (61994). Named The Great Marquess, the loco quickly had to swap ends. After managing to get a seat this time around, it was a pleasant journey back to Grosmont, which then provided the perfect opportunities for photos. 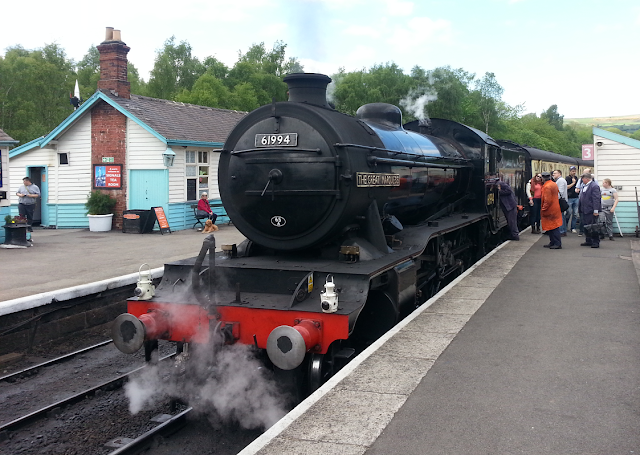 The end of a journey and the end of my first steam train journey, it has ignited a passion for these heritage railway routes throughout the country. Now to start planning the next excursion.

It was not the end of the day though. The NYMR engine sheds are at Grosmont, so there was still plenty of time to see what was in on that day.
Posted by Steve W at 00:20