The great thing about posting last on this topic is I have seen what everyone else has posted, and I can avoid copying and rolling out the same old images, and make it a bit more personal. Except one or two as you'll see later. Last weekend saw the Norwich Bus Running Day, and what a roaring success it was. A lot of the success was due to the extensive publicity the event received, not least in all the various blogs. It certainly took everyone by surprise and buses were having to be scrambled to pick up the hoards of people attending the event waiting at Norwich Station and Castle Mall. What was really pleasing to see was so many families, and mums with kids. It wasn't just an anorak fest, although there were plenty of them too! Thousands of cameras and those vehicles taking part must be some of the most photographed buses in the country right now.

I attended the event with my pal and all round good egg Tim Miller, and after a few hellos to some friends we caught Ipswich's own Eastern Counties liveried Volvo B7tl VA479 AU53 HJV. Alighting at Castle Meadow to allow others to get on we retired to a local eatery for lunch and natter.
There is something about this particular vehicle that seems to have escaped everyone else's attention, VA479 was RETURNING TO NORWICH!!! She used to be a Norwich bus and how that hasn't been mentioned anywhere except the X1 blog is a mystery. Especially as later on at County Hall she got all nostalgic and had all kinds of Norwich destinations showing.

Also much in evidence last week, and indeed making a great leaning post to chat to some of the more friendly and knowledgable people there was Yarmouth based Routemaster RML 2480. Tim and I caught her back from Castle Mall via a great long route to County Hall

Not wanting to just lean against stationary buses all day I joined the merry throng heading down to First's Rowntree Way depot, which was opening its doors to the public for the first time in 20 years, and a great effort had been made by the team there too.

I'm going to publish a picture seen in a few places since Sunday. Here is Trident President 33159 up on stilts in Rowntree Way depot.

The observant among you will have noticed the lack of an engine. Some might say that improves the bus considerably, however a bus can't operate without an engine and here is another pic I haven't seen anywhere else - the engine!!

Back at County Hall the sun had come out, which made photography a little difficult unless you got a good angle. What was generally accepted to be the star of the show made sure everyone had a good angle, and I have no shame in joining everyone else in publishing this pic of Viv Carter's eye catching open top Bristol JNG 50N which he has lovingly refurbished and brought back to glory. She looks superb.

Mention should go to Chris Speed who helped organise the event and nagged the blogs into publicising it. He also arranged the Rowntree Way tour and was driving either VA479 or RML 2480 most of the day, as well as finding time to talk to the many people wanting to ask him questions or just have a natter. It was also great to see so many friends there, Tim, Bryan Dickson, Dave Warren, Sam Larke, Colin White, Cameron Robinson, Jamie Glasspoole, Clive Nixon, Joe Thorpe (who also drove miles on the day), Fred from Anglian, and meeting for the first time the legend who is Grahame Bessey, who somehow managed to not only make the event but hold decent conversations despite having broadcast a 24hr marathon for charity on Harbour Radio, finshing at 8am that morning. A pleasure to meet you Grahame and glad we agree on so many topics!

What was even better was people coming up to me complimenting the blog. John D in particular deserves a mention as he has supported and encouraged me from the start, and it was great to meet you in person at last, John. If I'm perfectly honest I didn't go last week for the buses - Lord knows I'm on the blessed things all week, but to meet as many friends and new people as I could. There are times I wonder just how much point there is in doing this blog, or how much it's actually appreciated, and days like last week give me an injection of faith and renewed enthusiasm, as I hope you've noticed from the increased post output in the last week.

Thanks to all the organisers, the bus owners and drivers for turning up, the thousands of people who attended, the weather for staying dry -  had it been a week later with trees hurtlng across the county and hailstorms it would have been very dfferent. A great success, higly enjoyable and can we do it again next year please - this time with a Yarmouth Ollie, Chris!!! Oh ok one last pic of the Routemaster in the sun! The only thing wrong is that it's not still on the streets of London 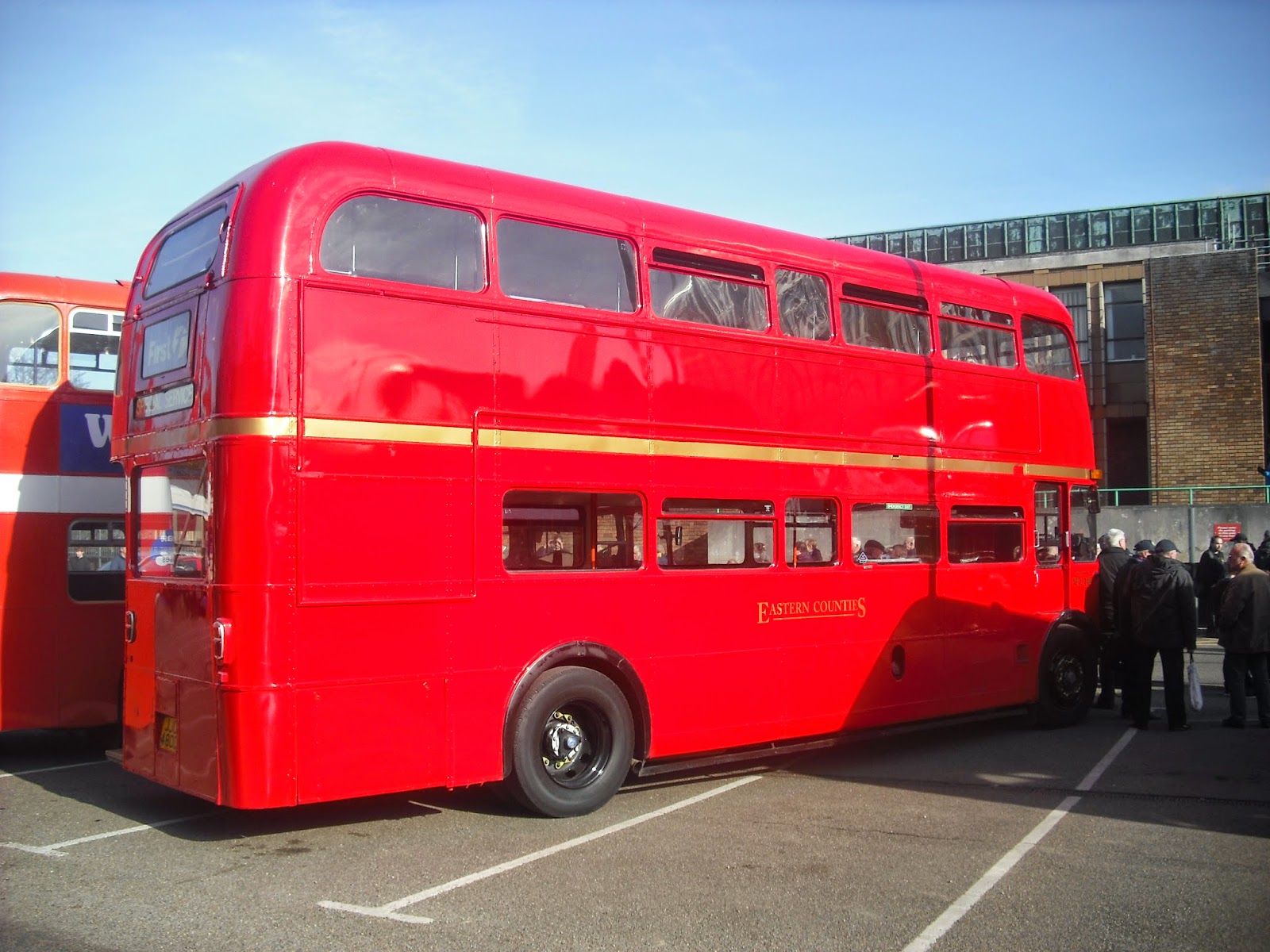