The Last Olympian - An Appeal

Sounds like a movie - The Last Olympian - but in this case it's more serious. The last Volvo olympian ever built is in danger. I'm eternally grateful to Roy Northcott of East Norfolk Bus Blog for letting me copy his post on the same subject. Not feeling my best and promised to get ths post out today so thanks, Roy! 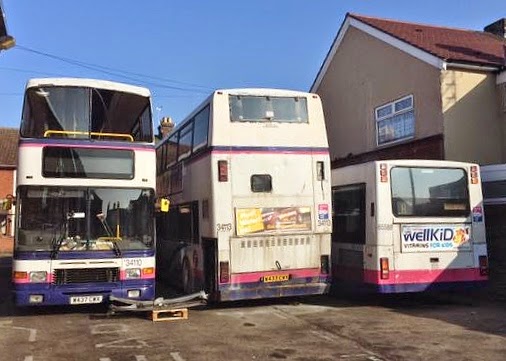 As many of you may already know, the last Olympian built for use in the UK currently resides in a withdrawn state in the rear yard at Caister Road 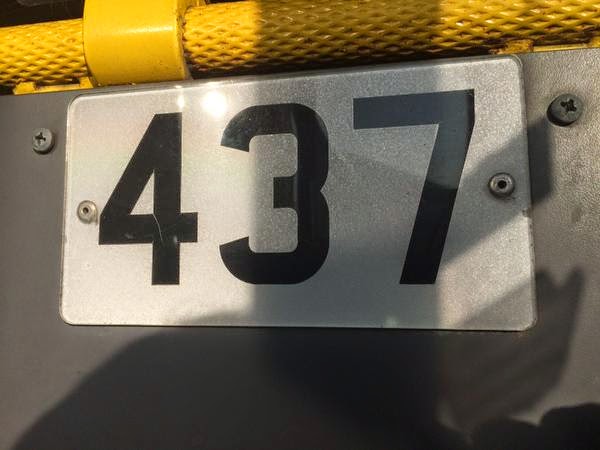 W437CWX was new to Yorkshire Coastliner in June 2000 but didn't enter service until August that year. It sustained accident damage in December 2001 but  437 re-entered service the following month with a new rear square registration plate between decks and bumper
437 was withdrawn in February 2006 and subsequently moved to First Somerset and Avon. The Olympian then migrated east transferring to First Eastern Counties during October 2008. Its move to Caister Road came in October 2012 and it remained in service there for some two more years

So what will become of it? Will the scrap man arrive at Caister Road and take it away or will someone/group materialise and save it?

Anyone with plenty of money and enthusiasm should come forward very soon or it will be lost forever
Posted by Steve W at 03:00