Since it's Saturday I thought a footy related post would be good, and once again I'm grateful to Paulo for sending me this series of pics of team coaches from some of  Europe's best footbal teams - and England! Paulo says he found all of these pics on a Google search and no authors were available. They look like publicity pics but if anyone recognises their pic and wants credit/imgage removed then get in touch! You will have to forgive my ignorance of coach models and bodies but I know some of you like filling in the gaps for me so please go ahead with the ones I don't know!

Let us start in Holland, and Ajax of Amsterdam. Ajax have gone with this Mercedes - I presume Tourismo, and you have to wonder if it used to be a double decker looking at the player vinyl decaptitaion! 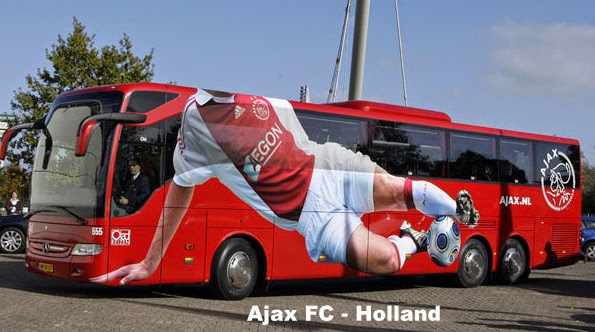 Not bad but we can do better. I half expected England to have an E200 as a team coach but no, they use this rather nice looking Scania Irizar (I think). Probably performs far better than the team does. 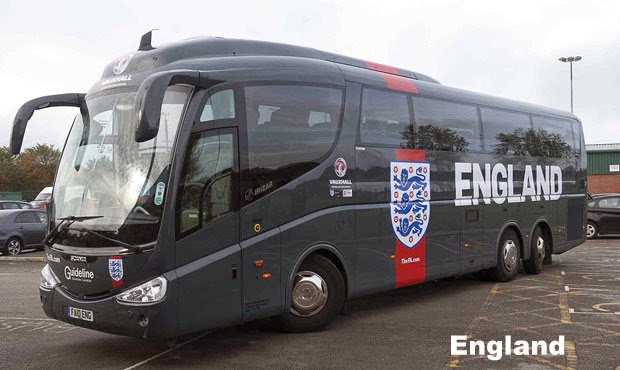 In 3rd place comes Barcelona (I'm sole judge btw) and as you would expect from a flash team comes a flash coach - a Neoplan Skyliner to really get heads turning.

In 2nd place is this absolute monster of a Setra which is the team Coach of Benfica of Portugal. I'd love to see the interior of this one. 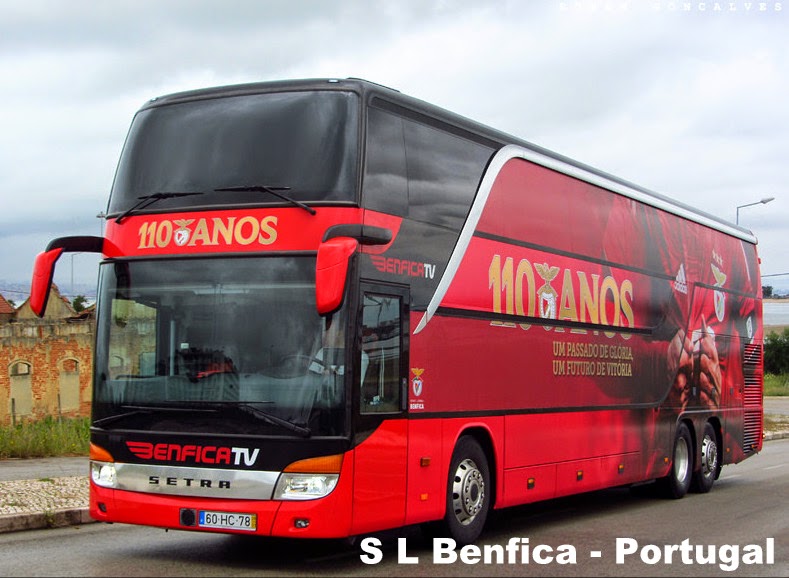 Very good but doesn't quite show just how long this thing is...this one does! 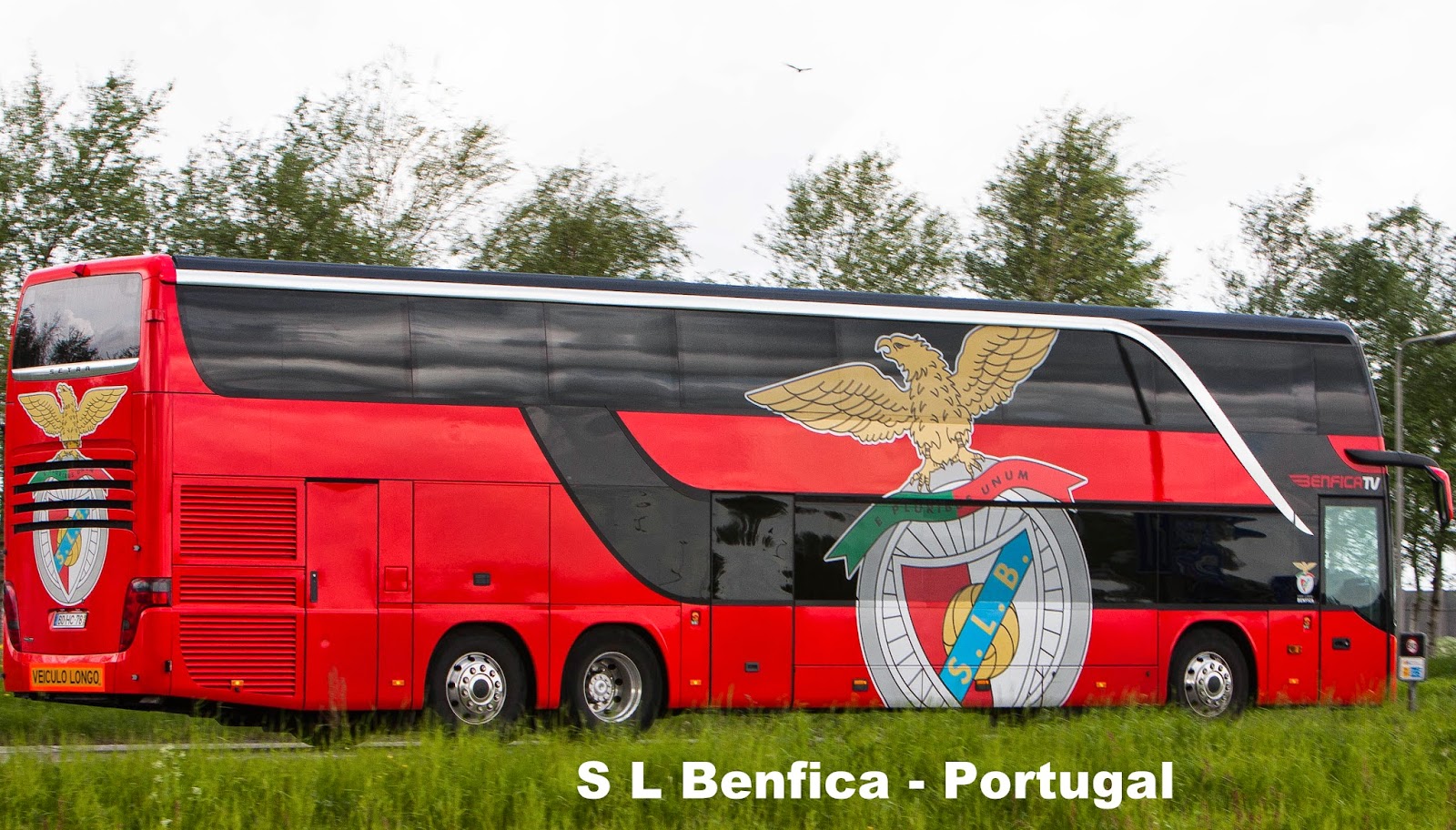 However, for sheer intimidatory presence I have to award first place to Juventus for this simply amazing coach, which according to the front is a Jeep. No, honest it says Jeep! 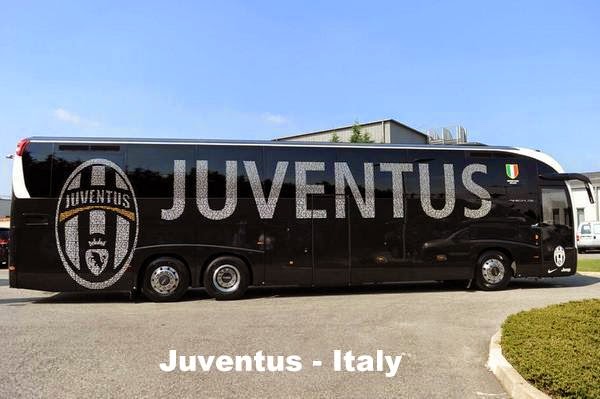 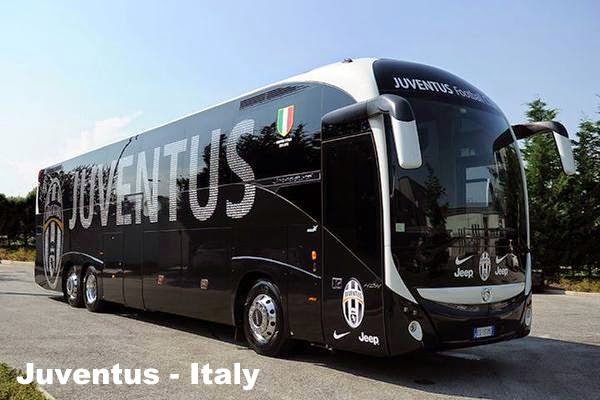 Told you! I actually have no idea what that coach is so over to you guys. Many thanks, Paulo for doing the researching and sending the pics.
Posted by Steve W at 01:13